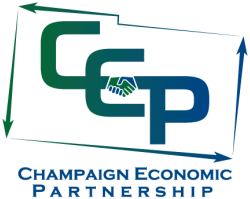 Data show county’s communities are stable, with opportunities to build on a strong base.
Champaign County community leaders have released Open for Business: Comprehensive Housing Market Analysis for Champaign County, Ohio. This study provides an in-depth analysis of the market rate and affordable housing markets in Champaign County and its four largest communities: the City of Urbana and the Villages of Mechanicsburg, North Lewisburg, and St. Paris.

“Although this study was conducted and completed just before the COVID-19 crisis began to grip Champaign Co. and the state, its findings and recommendations will be even more relevant after the crisis subsides and we return to business as usual,” said Marcia Bailey, Former Executive Director of the Champaign Economic Partnership.

The Champaign Economic Partnership commissioned the study, which was conducted by the Greater Ohio Policy Center.  A multi-sector Advisory Committee representing government and private sector leaders from each of the four focus areas advised on the research. As part of the report release, two public meetings were held February 14, 2020 and March 2, 2020, where residents were able to provide feedback on the findings and recommendations. Over 60 unique individuals attended these meetings.

“Before the COVID-19 crisis, we were heartened by the recent project investments and downtown rehab activity in Urbana and the villages.  More, now than ever, we believe that Champaign Co. has the community spirit and commitment needed to coordinate and leverage resources for new housing projects in the future,” said Alison Goebel, Executive Director of the Greater Ohio Policy Center.

About Greater Ohio Policy Center
Greater Ohio Policy Center (GOPC) is a non-profit, non-partisan organization with a mission to improve Ohio’s communities through smart growth strategies and research. Our vision is a revitalized Ohio. We undertake original research and analysis, develop pragmatic policy recommendations and advocacy strategies, and deploy our convening power to meet the needs of Ohio’s local change-makers. We operate statewide.